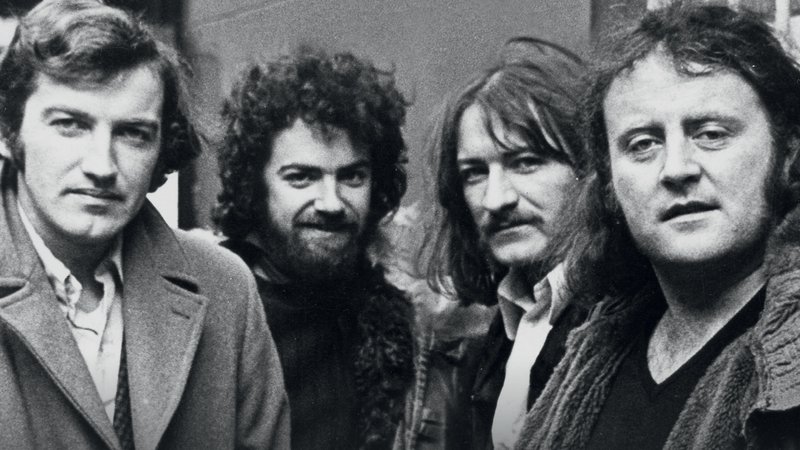 Despite its success, Planxty was plagued by a series of personnel changes. Following the release of the band’s second album, The Well Below the Valley, Lunny departed for the Bothy Band and was replaced by Johnny Moynihan, who had previously played with Irvine in Sweeney’s Men. Moore followed after the release of the band’s third album, Cold Blow and the Rainy Night to resume his solo career, and was replaced by singer/songwriter Paul Brady. The loss of Moore and Lunny was devastating and, shortly after releasing their fifth album, The Woman I Loved So Well, Planxty disbanded in 1981.

The seeds for Planxty’s resurrection were planted in late 1983. In addition to the original members, the re-formed group featured ex-Bothy Band and future Chieftains flute player Matt Molloy and keyboardist and future Riverdance producer Bill Whelan. Fiddlers James Kelly and Noelle Casey were added for the first album by the reunited group, Words & Music. The renewed energy petered out quickly. By 1983, Lunny and Moore had gone off to form a more electric trad-rock group, Moving Hearts.

“Planxty” was a word used by people who named works by harper Turlough O’Carolan after his death, and is believed to denote a tribute to a particular person: “Planxty Irwin,” for example, would be in honor of Colonel John Irwin of Sligo. “Planxty” is thought to be a corruption of the Irish word and popular toast “sláinte”, meaning “good health.” Another possible explanation is that it is derived from the Latin planctus, a medieval lament.

Regardless of its origin, the moniker, which replaced the provisional “CLAD” (Christy – Liam – Andy – Dónal), turned out to be a good fit, as O’Carolan’s music would play an important part in the band’s repertoire.